On Thursday, March 24, 2016, Viviana Barrientos, a junior in Health Careers, received $4000 in scholarship money, renewable for up to four years, to University of Rhode Island at the annual GRRL Tech conference. Presented by Tech Collective, GRRL Tech is an annual expo and day of workshops for high school girls statewide to gain exposure to male-dominated STEM fields.

“Statistics have shown girls and boys do not differ significantly in competencies in math,” JoAnn Johnson, Manager of Youth and Education Programs at Tech Collective, said. But their differing interests and employment rates in STEM-related fields is why Tech Collective keeps the expo a “girls only” event.

Barrientos was awarded the scholarship for her proposal of a future workshop where students could build and test anemometers – devices used to measure wind speed. Prior to announcing scholarships, Dr. Dean D. Libutti, Vice Provost, Enrollment Management at URI, stated he hoped to see one of the winners’ workshops at a future GRRL Tech event. Barrientos was one of three students selected for the scholarship.

In total, eighteen Davies students attended the expo and participated in workshops ranging from digital forensics and cyber security to radioactivity and nuclear reactors. For her workshops, Barrientos participated in morning and afternoon sessions in marine biology and oceanography, including a session titled, “The Magical World of Plankton.”

“No matter what your interest is, it’s okay for your path to take a meander,” Arcand said, of the importance of pursuing degrees in STEM. “But when you have a STEM background, you add a lot of value to your path.” 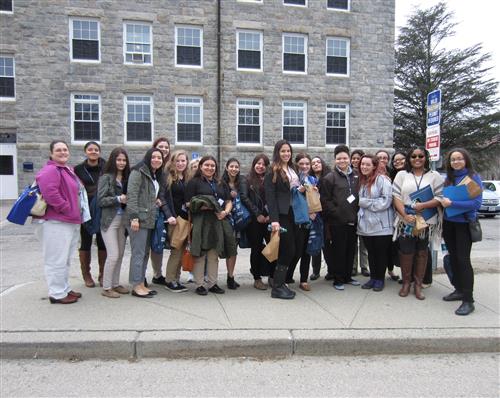 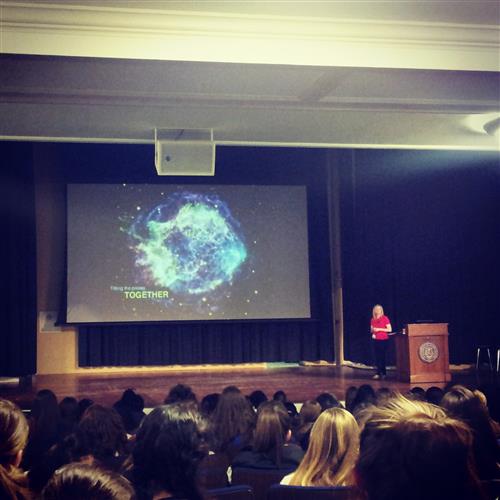 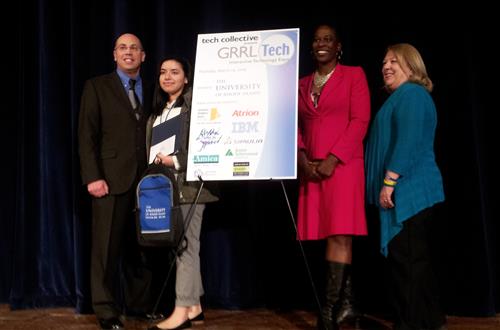