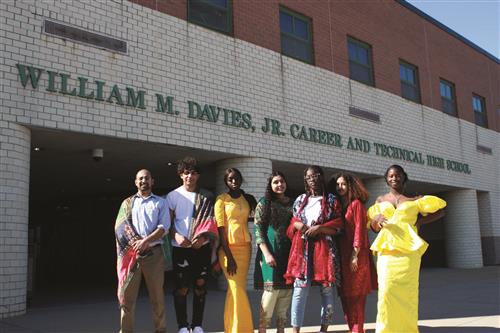 On June 1 in a virtual general faculty meeting, Davies’ Science Teacher, Akash Shah, was named the District Teacher of the Year (DTOY) for the school year 2020-2021. Director Adam Flynn-Tabloff stated that “there were several candidates, but one person stood out” while the on-screen slide read:

Mrs. Kristin Cassarino, Davies’ DTOY 19-20 said "Mr. Shah is undoubtedly deserving of the Davies District Teacher of the Year nomination and award for 2020/2021. He is simply one of most kind, humble, and hardworking members of our school community. At the heart of Mr. Shah's success in teaching is his steadfast commitment to building meaningful relationships with students and showing them the respect that they deserve. He is a confidant and mentor to so many students and uses these connections to boost confidence so students can thrive. His work doesn't stop with students, though. Mr. Shah is an amazing colleague who genuinely cares about his co-workers. He goes out of his way to greet you in the hallway, put a positive spin on a tough situation, or write a card to celebrate your birthday. Mr. Shah is, at his core, everything that a good teacher aspires to be."

After earning a Doctorate in Pharmacy from the URI, Shah worked in the pharmaceutical industry but found the career unrewarding. He returned to URI for its teacher certification program and has since earned his teaching certification in biology, chemistry, physics, and general sciences. Shah joined Davies in 2015. He now supports Davies’ premier Pre-Engineering Technology program by creating and implementing a rigorous physics curriculum.  He has held the role of class advisor in the past and is the founding advisor of Davies’ Diversity Club geared at creating a safe space for students to find their voice, share their experiences, and grow while discussing sensitive topics such as microaggressions, privilege, identity, and implicit bias.  Shah believes in consistently modeling Social-Emotional Learning (SEL) competencies during his lessons and is well known for his positive student-teacher relationships. His goal is to promote kindness and to build  students’ self worth.

Shah, along with other District Teachers of the Year, will be honored in October at a special WaterFire celebration in downtown Providence. The annual event is known as "A Salute to Rhode Island Educators."

Please join us at WaterFire in October to celebrate Mr. Shah, who will be a torch-bearer, and to honor all Rhode Island educators! 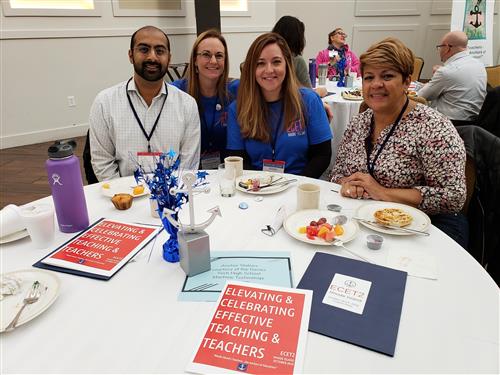