Sarah Ogundare, a 2013 graduate of Davies’ Health Careers program, graduated from University of Rhode Island this May. At Davies, Ogundare was a member of SkillsUSA, winning silver and bronze medals for the Health Occupations Professional Portfolio at the Rhode Island SkillsUSA state competition, and an accomplished debater who won the title of state champion. She participated in meets and debate camps at Emory University, Yale University, and in Boston and New York, through her time in high school.

After spending her senior year of Davies taking courses at Community College of RI through the Running Start program, Ogundare enrolled at URI. In three years, she has earned two degrees, in English and Health Studies. Today, she dreams of a career in global health and works at Rhode Island Hospital. Ogundare’s relationship with Rhode Island Hospital began through the Health Careers program at Davies, when she applied and was accepted to the Seacole Scholars summer employment program for Certified Nursing Assistants (CNAs).

Ogundare was one of a handful of URI students selected for a Senior Profile to represent the Class of 2016.

Click here to read her story and watch a video on where Sarah is today. 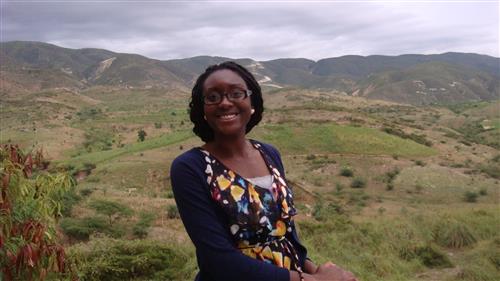 Ogundare, on a mission trip to Haiti.